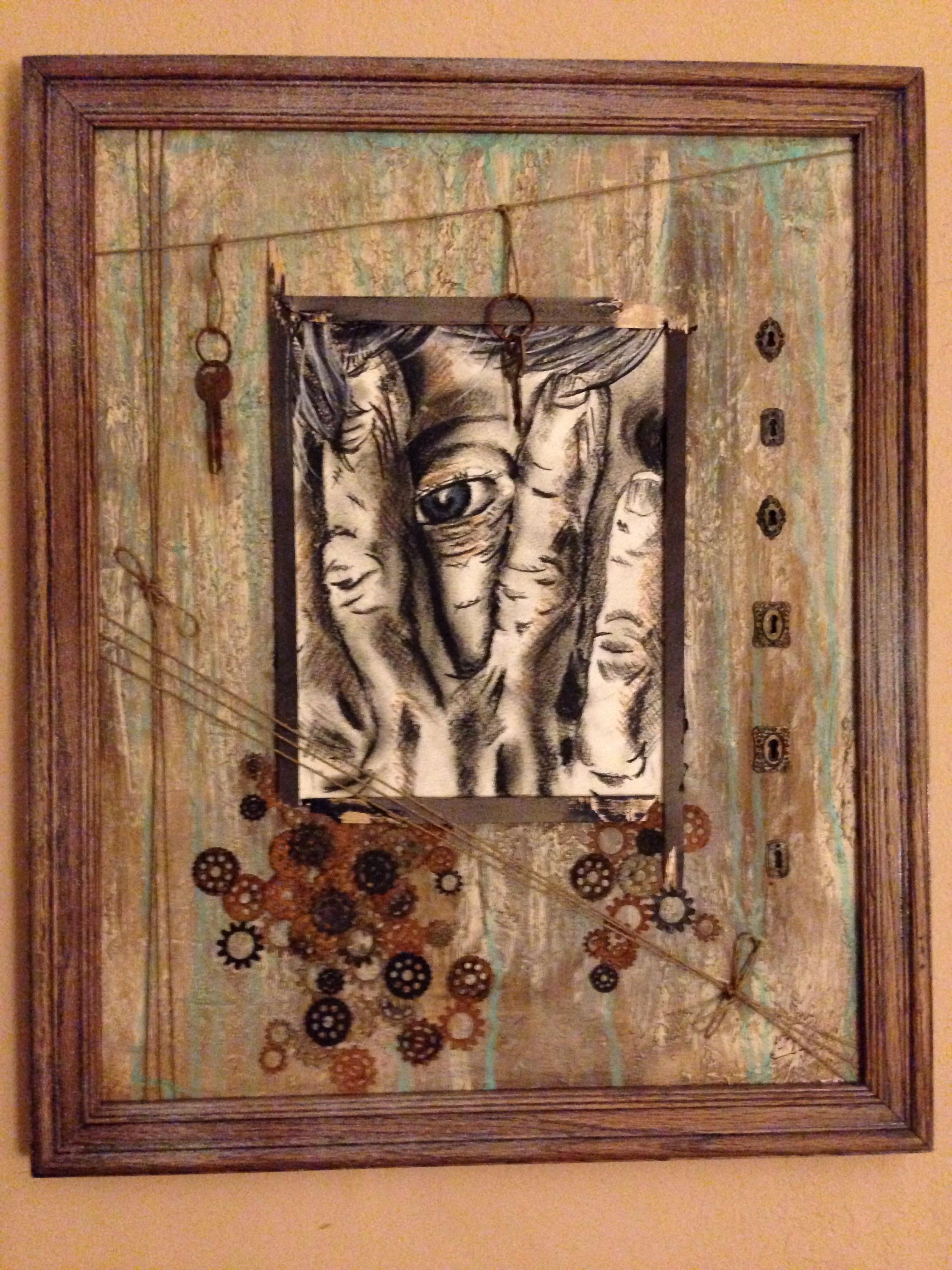 Working 100% visually, you’re can’t tell a story in one image. You need words. Well, you probably can if you’re telling a Bible story or something else that’s well worn. You can tell simple stories and familiar stories.

That image I linked to has a story, but I can’t convey that story using only my painting. When you paint or sculpt or whatever you do to make an image, you have to release your story to the viewer and accept that a lot is going to be lost between the artist, the painting and the viewer. And that’s OK.

The story: there was a schizophrenic (I guess?) woman who lived above me and my brother. For whatever reason known only to her she overflowed her bathtub regularly to the point that my brother had a big leak in his ceiling. And to the point that the floor in the utility room underneath our hot water heaters collapsed because it kept getting wet with bathtub water. She also threw a fuckload of her possessions out into the apartment’s common area and locked herself out on a 20 degree F night. I called the police and the property managers that night because her nose was blue when I went to ask if she was all right. That’s the impetus, a year or so of living next to a crazy old lady and putting up with a leak and an exploratory hole in the ceiling that’s still there

Typing it all out makes it seem less important and more trivial. Maybe because I’m proud of my painting since I usually make trivial shit for money, maybe because I’m probably some kinda bipolar and can empathize, but my little painting doesn’t have the detail and insight of a novel. And it doesn’t need that even if I wish it did. The fact is I lose absolute control when someone looks at something I made without me there to explain it in painful detail and there’s nothing wrong with that. I think my explanation is actually detrimental to whatever anyone who looks at it can independently come up with, and that’s why I usually try to say as little as possible about anything I make that seems to have a story behind it. But #showandtell, so I told.

View all posts by chrisliv